Africa New Energies (ANE), the Namibia-focused oil and gas explorer, received a major boost in June when its collaborative partner, Gravionic GmhH, a specialist in the development of complex sensor systems, was awarded a €376,000 grant from the German government to mount its gravity and magnetic surveying equipment on to a gyrocopter for the very first time.

Gravionic, a spin-off from the Institute of Flight Guidance and Control (IFF) at Germany’s Technical University of Braunschweig, is a market leader in the use of gravity and magnetic data, using the gravitometer it pioneered to enhance traditional seismic surveys with additional information for the interpretation of sub-surface geological structures.

As gravity readings are invariably higher from rock structures than other sub-surface sedimentary layers, the gravitometer is able to build up a composite picture of the sub-surface architecture, and thereby identify those formations most likely to host hydrocarbons with greater precision.

“They cost less than a sixth of what a helicopter costs to operate, and can land vertically”

Gyrotek, a South Africa start-up founded by local entrepreneur Brian Segoe, plans to use gyrocopters mounted with Gravionic’s gravity and magnetic surveying technology to carry out passive seismic surveys on ANE’s 22,000 square kilometre concession in Namibia. Gyrotek is also one of the early-stage businesses being backed by the Aziza Project, a cryptocurrency fund-raising platform seeking to fund high-potential African start-ups.

Segoe believes that Southern Africa’s mineral resource potential is stifled by a lack of readily available geological data. The government is keen to back Black Economic Empowerment (BEE) businesses in the resources sector, but many BEE license holders do not have the relationships, technical skills or funding to be able to develop rights that they have received, but which could be worth billions once the resource is proven.

Segoe found that existing airborne surveying services were prohibitively expensive and not fit for purpose. They conducted the surveys on fixed wing aircraft that, for safety reasons, fly too high to be able to pick up subtle signals that indicate the presence of commercially extractable resources. Furthermore, the higher they flew, the more “atmospheric noise” contaminated the data.

After speaking with technical experts, Segoe found that emerging gyrocopter technology could provide the answer. “They cost less than a sixth of what a helicopter costs to operate, and can land vertically,” Segoe said. “As the main rotor is self-propelled by air friction, not only are they safer than helicopters, but the vibration is minimised – further improving the quality of data,” Segoe added.

Gravionic was quick to recognise the new surveying opportunities presented by the emergence of gyrocopters, and entered into a collaborative partnership with Gyrotek and ANE. The German grant will enable Gravionic to fund the deployment of the country’s top aeronautical scientists to develop the world’s first gyrocopter-mounted gravity surveying capability. The project will involve the modification of both the gyrocopter and the gravitometer – reducing the weight of the gravitometer by 40% to make room for other sensing equipment.

“The density of the rock reveals so many key insights, but there are only 150 gravitometers in the world, so you can imagine our delight when the Technical University of Braunchweich agreed to work with us to mount their gravitometer on our gyrocopter,” Segoe said.

Gyrotek was the first company backed by Alumni Energy Investments (AEI), a South African Section 12J Venture Capital Company that invests in technology-enabling companies in the energy industry, which was founded by local entrepreneur Shakes Motsilili. AEI invested 37.6 million rand for a 40% stake in Gyrotek, giving the company a valuation of in excess of 94 million rand – the highest valuation achieved by a South African start-up this year.

Since landing its first contract with an exploration company with significant concessions in Namibia, Segoe is now in discussions with other fellow investee companies in the Alumni Energy Investments portfolio. Motsilili also has his sights on a Section 12J fund that focuses on high potential early mining projects with strong BEE credentials.

“I can’t believe that in a few short years I have moved from being a complaints manager in a life assurance company to CEO of one of the world’s most exciting young technology companies,” Segoe said. “Advanced discussions with five governments in Europe, Africa and the Middle East sure beats dealing with disgruntled life assurance policy holders,” he added.

Segoe’s entrepreneurial journey has not been an easy one since leaving formal employment in 2012. He remembers the anguish at having his car repossessed, and the disappointment of rejection by the Special Programme for Industrial Innovation, the Department of Trade and Industry (SPII) fund that backed Mark Shuttleworth.

SPII spent over a year considering his proposal before finally rejecting it. “While it felt devastating at the time when SPII rejected us, we are in a far better position than if we had received the SPII grant,” Segoe said. “We are now partnering with one of the world’s leading technology institutes housed in Germany’s most respected technical university, where our idea was accepted on its merit alone,” he added.

Once it achieves profitability, Gyrotek plans to reinvest its profits into concessions that have strong community and local entrepreneur backing in Africa, using the wider group to help them to access patient, socially responsible capital, as Motsilili has done for Gyrotek.

“Success of emerging community-owned businesses is the most sustainable way of reducing the chronic economic inequalities that Africa faces,” Motsilili said, “and Gyrotek’s technology makes an important contribution towards achieving this goal.” 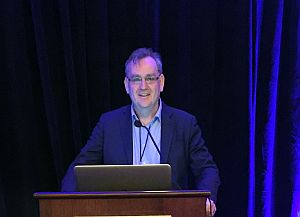 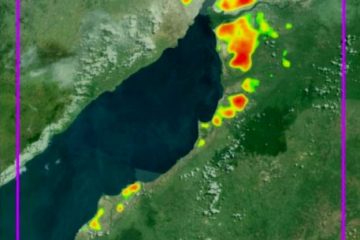 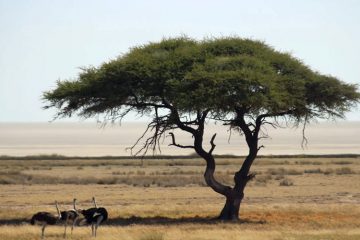