5. The Potential for Solar in Namibia

The world has more than enough solar energy to replace all energy industries with a fraction of the sunlight that reaches the earth. Nowhere is this more the case than in Namibia, see below:

The small black circles above show the area it would take to replace all the world’s energy sources and substitute them with solar. It represents a circle with a diameter of about 1,000 kilometres.

The map below shows the amount of sunshine that reaches a flat surface in various areas in Namibia. Due to fog, coastal areas perform slightly worse than the rest of the country. This type of sunshine is called global horizontal irradiation (GHI) and is measured in KWh per square meter per day.

This includes diffuse irradiation – i.e. light that has been dissipated by the clouds as well as sunshine that reaches the ground without any interference through the atmosphere. This is the measurement needed for photovoltaic panels, which can convert all forms of sunlight into electricity.

Concentrated solar power (see section below for technology description) on the other hand can only access beam irradiation, which is perpendicular to the surface of the solar collector. This type of sunlight is called direct normal irradiation and is much more sensitive to cloud cover, hence the dramatically lower readings towards the coast. The levels in Southern Namibia are the highest out of over 40,000 readings in Africa, according to the SWERA report.

Solar energy can be converted into electricity – photovoltaic process or into heat for industrial processes, desalination, heating of domestic water or as thermal input for a solar plant – solar thermal, and can be as small as a few watts on an informal settlement or household to a multi-billion dollar solar plant supplying the national grid – utility-scale power. The section below describes the key technologies ANE evaluated in this study:

Solar Water heating has the potential to replace one-third of residential consumption and at key times during the morning and evening demand peaks. Because Namibia faces a dry winter, the country is usually lucky with respect to this technology’s ability to deal with the winter high demand season, where solar water heating if specified with sufficient capacity can provide electricity all year round. When combined with obvious and low-cost energy saving interventions such as better insulation, light emitting diodes and voltage management, most households will reduce their electricity demand by over 50%, without any behaviour changes – all at a levelised cost of less than 1/3rd of the current retail price of electricity.

Currently the government has a small revolving fund that has strict credit criteria to finance installation of solar water heaters, and it is estimated that less than 1,000 have been installed out of 80,000 houses with electricity and municipal water.

Solar PV is the most high-profile solar technology and should be considered only once solar water heating and energy saving interventions has been installed, as it is considerably more expensive and less efficient. There is also not yet a suitable battery storage solution. However as solar PV costs are decreasing fast, within ten years it will become the cheapest alternative available, if low-cost finance is available, so will form a vital part of any national long term micro-generation strategy.

It is often said that two things matter in batteries – cost and life – but the user can only have one. Traditional lead-acid batteries have changed little since the 19th century, are cheap, do not have long lives – about 1,000 cycles, if they are run down to 75%. The round-trip losses are significant and can be as high as 1/3rd of electricity generated. This means that the cost of electricity from a small battery is 20 USc on top of the cost of producing it, or obtaining it from the grid.

Battery technology will be changed fundamentally by the car industry which requires a light, low-cost 100% drawdown battery that can survive 5,000 cycles. The Nissan Leaf has a battery life of 24 KWh hours – enough to run a medium-sized household for two days – while Tesla’s lithium ion battery has a 70 KWh battery, easily enough electricity to run a small house for a week.

Once car batteries become commonplace, the solar storage problem will be solved and will in the view of the author make solar PV the dominant source of electricity.

This is unlikely to happen in the next ten years, but is likely to happen within the next twenty. Other smaller battery technologies are receiving venture capital and academic resources, where nanotechnology holds particular promise. It is quite possible that a disruptive battery storage technology will emerge, fundamentally rewriting the economics of microgeneration and storage. Outside the scope of this document, ANE is creating a UK tax-funded investment plan to overcome the financial constraints of smaller batteries.

As stated earlier, Namibia has the second lowest population density in the world – after Mongolia – with just 2.5 million people living on 825,000 square kilometres. This means that extending grid access to the remaining two-thirds of the population will be financially prohibitive, as multi-million-dollar grid investment to connect clusters of rural dwellings cannot be recovered by fully absorbed tariffs. To give access to this section of the population, off-grid hybrid systems will become important.

Figure 5 – Off-grid hybrid system that includes solar panels, 5KW wind turbines as well as a battery system and back-up diesel generator. The second picture is of a mobile phone tower: Mobile phone towers have boosted the market for off-grid power solutions as operators attempt to reduce the $4 billion they pay for diesel to generate the electricity needed to run the towers.

These systems already make economic sense in remote social infrastructure such as schools and clinics, which need electricity and have no prospect of getting grid access. Currently many of these remote installations are running on diesel, which is more expensive than running on solar and wind, even with the battery storage.

Diesel can cost up to $1.00 per litre in remote rural areas, and smaller diesel pumps can consume 400 ml per KWh (as opposed to utility-scale thermal power plants, where 200 ml per KWh is expected), which makes the diesel cost alone 40 US cents, excluding maintenance and capital costs.

The solution is made more attractive by the fact that wind often blows more at night than in the day, while solar is only generated during the day, reducing storage needs and losses – and avoiding expensive battery drawdowns. When combined with energy efficiency and solar water heating, solar hybrid systems are the cheapest available solution, but remain very expensive relative to on-grid electricity.

In Namibia, the use of biomass has potential and in the C-Bend project the country has a pilot showing the potential of biomass. This has a lower capital cost and potentially higher load factor than solar PV – where it is available.

The market for hybrid systems has received a significant boost in Africa from mobile phone companies, who spend a staggering $4 billion per year on diesel to generate electricity to run their towers.[1]

Figure 6 – Abengoa’s Power Tower near Seville, Spain. Abengoa has been selected to build a similar plant close to the Namibian border, where they will be paid R2.70 (USc 33 cents) per KWh

Until recently, parabolic troughs have attracted more finance, but now Power Towers are more popular, as they operate at higher temperatures, track the sun on two axes, increasing solar efficiency and use less expensive mirror technologies, which proponents claim combine to deliver a 40% levelised electricity cost advantage over parabolic troughs. The world’s leading promoter of parabolic troughs and builder of the iconic Andersol project in Spain, Millennium Solar, has recently filed for bankruptcy, raising questions about the future of parabolic troughs. Once large-scale storage becomes widely available, it is difficult to see a future for concentrated solar power outside co-generation applications, as the one proposed in this study.

A solar panel absorbs a photon (light) and converts the light into direct current electricity. The panels are installed in groups (arrays). They are wired to an inverter, which converts the direct current to alternating current, the most common form in which electricity is used and transported on high voltage transmission lines.

The photovoltaic industry receives vast subsidies at every level of the value chain. Enormous resources are being invested into innovation, where the progress can be dizzying. Many countries, not least Germany, China and the United States regard market leadership in solar as a national imperative and have boosted their manufacturers and consumers with subsidies, tax credits and loan guarantees as well as generous feed-in-tariffs.

Global competition is brutal, with production in 2011 forecast to be 30 GW, and sales of just 13-17 GW. Already there is 12 months of stock in the supply chain, and high-profile bankruptcies have resulted. These include Q-Cells, the world leader in 2007, and Solyndra in the US, which consumed $468 million in US government guarantees before collapsing, causing a Washington scandal. This over-production has come at a time when all major economies are reducing feed-in-tariff subsidies and banks are reluctant to finance. These factors have combined to reduce prices by 50% since the financial crisis in 2008.

These factors, along with dramatic economies of scale bode well for Namibia. Prices are expected to reduce by 8% per year for the foreseeable future, while different technologies such as Copper Indium Gallium Selenium with ultra-efficient manufacturing processes and development in nano-technologies will transform both costs and performance.

Solar PV is attractive because it is the most scaleable of all electricity generation technologies. Its prices are reducing dramatically, but the same concerns about storage persist at a utility-scale, where storage doubles the levelised electricity cost. 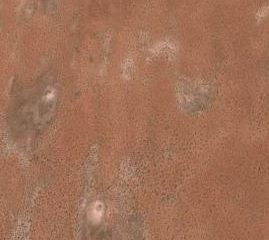 Peter Cunningham, Chairman of the Namibian Environment & Wildlife Society investigated biodiversity on the concession to make sure that the fauna and flaura present would be protected from any negative affects of local development.

The report provided here delves into the socio-economic circumstances present in the concessionary area which covers the Aminius and Kalahari constituencies of East Namibia.