Being a junior in the African exploration game means major risks. Michael
Dynes charts the progress of small-time oil and gas companies who are
making it big. 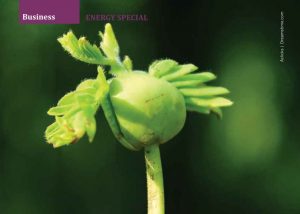 For the scores of independent oil and gas explorers scouring Africa’s frontier regions for new deposits of hydrocarbons, the precedent set by Cove Energy remains a shining example of how small players can hit pay dirt.

Founded in 2009 after acquiring an 8.5% stake in the Anadarko-led consortium exploring offshore Mozambique and Tanzania from distressed junior explorer Artumas for US $3.6 million, Cove hit the big time when the consortium made a series of massive natural gas finds in the Rovuma basin during 2010-11.

With exquisite timing, Cove decided to exit in 2012, selling its minority stake to Thailand’s state-backed PPT group for $1.9 billion, enabling Cove executives Michael Blaha, John Craven and Michael Nolan to pocket $50m between them and then go on to found Discover Exploration, which is now exploring offshore Comoros.

While Cove was part of a bigger group, its strategy as a junior to invest in an unfashionable geography, where the geology looked promising, lies at the heart of the exploration efforts of all junior players across Africa although very few of them have sufficient funding, management skills, and the sheer good luck needed to pull it off.

The more fashionable the geography, the more the competition from the bigger players

The geology of most of Africa, particularly the eastern seaboard, still remains largely unknown. While some 20,000 wells have been sunk in North Africa, and 14,000 wells in West Africa, only a mere 600 wells have been sunk in East Africa. But now that the Great Rift Valley region is beginning to emerge as a new hydrocarbons hot spot, the juniors are increasing turning their attention to even more remote areas in Ethiopia and Somalia and are looking more closely at the long-neglected central and southern regions of the continent.

Stephen Larkin, Chief Financial Officer of junior oil and gas explorer Alumni Oil, which has prospects in Namibia and South Africa, tells Africa investor: “The chances of a junior explorer listed on the London Alternative Investment Market (AIM) failing are very high: 29 out of every 30 go under. The main reasons for the high attrition rate are that most explorers drill where there is no oil, or they run out of the money needed to carry on.

“A typical onshore frontier block needs around $120m to make a discovery,” Larkin continues. “In the wake of the 2008 financial crisis, raising money for oil and gas exploration projects in African frontier regions has become increasingly tough. Running out of cash is by far the biggest risk faced by the juniors – bigger than all others,” he adds.

Alumni Oil’s strategy is also to explore in unfashionable geographies but it is also attempting to exploit new technologies to dramatically reduce exploration costs, while at the same time boosting strike rates.

Those juniors fortunate enough to raise the capital must then decide where to deploy it: “The more fashionable the geography, the more the competition from the bigger players,” Larkin says. “Uganda, Mozambique and Tanzania have already gone, and with Tullow Oil’s recent discoveries in the Turkana region, Kenya is not far behind. It’s all about timing; you need to get in first,” he says.

Juniors tend to explore regions that look like they might be on the cusp. Most hope to make a discovery and then either flip the asset outright, or farm down to bigger players who have the balance sheet required to develop the discovery; very few of are capable of making a significant discovery and developing it on their own.

The trend has been for new oil and gas discoveries to drift south. JSE and AIM-listed independent explorer SacOil has acquired a series of upstream assets in Nigeria, the Democratic Republic of Congo and Malawi. British explorer Surestream Petroleum is also prospecting in Lake Malawi. Given the recent discoveries in the Great Rift Valley, both these explorers appear to be anticipating that the arc of discoveries is moving in their direction.

Steve Illet, Exploration Director for the British oil and gas explorer Impact Oil and Gas, which is exploring South Africa’s east coast, tells Africa investor: “This is a high-risk, high-reward operation. Small players can only operate successfully if they are nimble and agile, and able to make decisions very quickly. We did.

“We entered South Africa in 2009, acquiring four offshore blocks,” Illet says. “First you have to acquire a prospecting license, which largely determines where you go.” The price can vary hugely so that determines the accessibility point for the small players, he says.

Geographies that have already found hydrocarbons are invariably too expensive for the juniors. Both Kenya and Mozambique are planning new offshore bidding rounds, which are likely to be dominated by the international oil majors and the Asian state-owned oil companies. There is likely to be little or no room for junior players. But geographies like South Africa, which haven’t found significant oil and gas deposits – but want to – generally make it highly attractive for juniors to come in and explore.

“This is a high-risk, high-reward operation. Small players can only operate successfully if they are nimble and agile, and able to make decisions very quickly”

Impact has raised $10m to carry out seismic surveys on its concessions and last year sold 75% of its offshore interests to US oil giant ExxonMobil, which has missed the East African oil boom and wanted exposure to it. Illet expects that the first well is still four years away after the seismic surveys have been completed. “The ballpark figure for an average offshore well is $150m, so you have to get it right,” he says.

In the Puntland region of Somalia, juniors Horn Petroleum, Range Resources and Red Emperor Resources are seeking to capitalise on earlier geological work carried out by former US oil and gas explorer ConocoPhillips. The Horn-led group has sunk two wells to date and is planning a new three-year exploration programme.

“The opportunity arose to enter Puntland in 2006 when the government wanted to attract new investors,” Range’s Anthony Eastman tells Africa investor. “The region has huge potential, although the logistical, technical and security challenges are great.”

Alumni Oil has 22,000 square kilometres of acreage in central Namibia, along with smaller concessions in South Africa. Alumni is convinced that its prospects for making a breakthrough will hinge on its ability to greatly reduce exploration costs.

“Only 19 wells have been sunk in Namibia, compared to around a million in Texas,” Larkin says. “Both regions are about the same size, but much more is known about the geology of Texas than Namibia.

“The industry prefers to look for oil and gas in places where it has already been found, which greatly reduces the risk of sinking dry wells,” Larkin adds. “But you can’t do that in regions where the geology is largely unknown. By using satellite mapping to highlight geochemical anomalies or surface manifestations of micro seepage of hydrocarbons, which can be accurately measured, we think it will be possible to explore African frontier areas at a fraction of the cost of traditional exploration techniques, while greatly increasing the chances of success.” 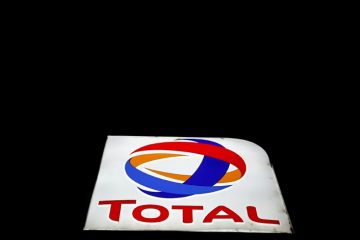 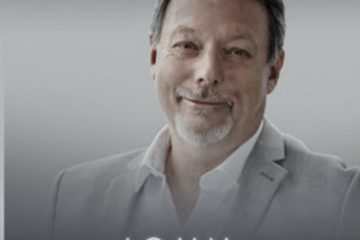 Stephen Larkin, CEO of ANE was asked as an industry expert to comment on the Brulpadda discovery by Total in recent days.