Home > News > Investing > Explaining blockchain to the people of the Kalahari

Explaining blockchain to the people of the Kalahari

It’s happening with monotonous frequency: “Steve, explain this blockchain thang to me. I’ve read up on it and I am more confused than when I started.” The problem with most blockchain explainers is that they focus on the technical inner working, using jargon-ridden language, which obscure the underlying principles – how it works and why it is so important. This problem came to a head when Shakes Motsilili and I had to explain how our new digital currency, the Aziza Coin would transform the lives of the San and Herero communities on our energy concession in the heart of the Kalahari… It was suggested that we put our explanation onto a Blog, so here goes.

Starting with terminology, let’s ditch jargon you have not heard of and lets continue in English, not techno-babble – The people of the Kalahari do not care about “hashing”, “nonses” or ‘merkle trees’. So what is a blockchain – it is simply a list of transactions, which is shared among many people where clever maths ensures that this public record cannot be changed once updates have been accepted. To make things really simple and relatable, let’s call that ledger a shared list of records instead. And, lets think about a ‘block’ as a single record within that shared list of records.

“A shared list of records? That sounds pretty simple?”

Conceptually, blockchain is simple.. as it boils down to a shared list of records, which is public and unhackable. And as is usually the case with genius, its beauty actually lies in its conceptual simplicity. The modern version of this shared list of records is indeed a technological marvel, and one that is looking to brighten our future in unexpected ways.

It’s as if Shakes and Kholiswa got a few hundred friends to watch Shakes hand Kholiswa the money in question, and the friends all agreed that he really did hand her the money, that the amount was correct and the time it happened.

“And how is this different to a bank?”

Because of those technology design decisions, fudging line items in this shared list of records is not possible. It is worth repeating that it is unhackable: if someone who has one or more copies of the shared list of records their computers were to try to change it, those changes would be rejected by the hundreds of thousands of computers used in the verification process.

“But where is the money if there is no bank in which to store it?”

Here’s one of the more hardest things to grasp: when we’re talking about digital currency such as Bitcoin, there’s no equivalent to Fort Knox – the fact that line item in the shared list of records is verified and is unchangeable, means that it is fact the money. Pretend for a moment that the first entry in the book was by someone named Charles – the founder of this new digital currency – who writes “1 million coins now exist”. Charles then doles them out to all his friends, creating a new line item for each transaction. Charles sent 500 to Shakes, 1,000 to Kholiswa and so-on.

To receive those coins, Shakes and Kholiswa would have provided a wallet address to Charles, which is the equivalent of our bank account and sort code to receive a deposit into your bank account. Shakes and Kholiswa each have a long, secret codes which give them ownership of the line items that relate to their wallet. It goes without saying that only they can create new line items with the coins that have been sent to them. Once Shakes has created a new line item that says he has put 50 coins in Kholiswa wallet, he no longer controls where those coins go from now on – only Kholiswa can. This is how millions of people can have a copy of the list of records, without being able to add new line items relating to any of the other 1 million coins that are documented in this shared list of records.

Moving away from centralised banking to the trustless society

“Thanks to our humble shared list of records we will be able to raise enough money without the help of banks, fund managers and the oil industry to give the 63% of Namibian who lack electricity, clean energy for the first time.”

At this point, you might be thinking that this is all a bit of an anticlimax. It just looks like a new way of verifying the ownership of something in a digital format shared in many locations. If you think about that sentence for long enough, it will already begin to dawn on you on how life-changing this is. Here are a few of the many ways our humbled shared list of records will change the world. 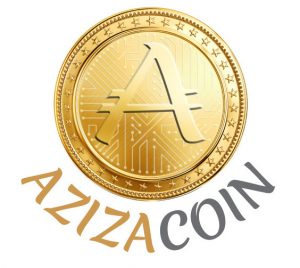 We will use our own digital currency, Aziza Coin to raise up to $200 million for our universal electricity access project in the Kalahari, which was why were were talking to the Chief of the Bandero in the first place. Yes, we will be able to avoid banks, fund managers and the oil industry to give everyone in Namibia electricity thanks to our partnership with a new digital currency.

What if when you opened up an app kind of like iTunes, that instead of iTunes charging you a subscription, and paying royalties to creators of the content, you paid the artist directly? As an example, once you’re 30 seconds into the length of a song, a penny was paid automatically from your wallet to the artist’s. The record of what you’ve listened to and what you’ve paid is verified by many other computers, and the record is unchangeable and therefore not in dispute. This will change the lives of artists and make it possible for them to be rewarded for their work. It will also reduce the cost of music and film as those who are honest will not need to subsidise the pirates.

Below is a video of Namibia’s biggest pop star Gazza in collabration with Nigeria’s biggest, Davido. He made no money from this amazing video which can be downloaded on Youtube. Gazza created the only independent record label in Namiiba and will be seminal in our efforts to help us send the message of our digital currency to the people of the Kalahari on a Quadbike roadshow in November 2017.

The future of democracy?

Would it have bothered you if the Russians hacked into the Michigan voting machines and delivered Donald Trump the presidency? Would the world be a better place if the 529 hanging Florida chards did not hand George W Bush the presidency in 2000 and reduced the risk of the Iraqi War, Fracking and the 2008 Banking Crisis? And how would the lives of Africans be improved if it was impossible for the incumbent to rig the vote?

Why not use the same shared list of records concept to make voting transparent? Instead of a digital currency, like Bitcoin, a token represents a vote. In the diagram above there is a digital autonomous organisation (DAO), which is just that – code not people. Instead of spending your digital currency, you cast your vote and it is managed by the code rather than the incumbent government. The same benefits we see with digital coins apply to these votes: their authenticity and legitimacy is validated by many people’s computers and the shared list of records where votes can never be tampered with. It exists to be recounted with the same result, forever… and it is easy and fast to count.

The future of energy and with it world peace?

Imagine a country filled with battery equipped houses powered by solar energy. Instead of being “off grid”, they form a digital smart grid – but they’re not paying a centralised energy provider like Eskom for their kWh.

In fact, in this future there’s no need for traditional electricity generators at all anymore. Instead, houses automatically generate, store, and trade electricity between themselves based on which neighbours need extra, and which have lots of excess in their batteries. Thanks to blockchain, this is no longer science fiction. And in time …it could deliver world peace – if the earth connected itself on a giant grid powered by solar, which is generated all the time as wherever in the world the Sun is shining. A digital advancement of the Sun never setting on the British Empire.

“Okay sounds awesome, Where do I sign up to join the Blockchain Generation”

I’m afraid blockchain is at the same stage of development as internet in 1995 – remember dial up modems where it took half an hour to download a simple text-based web-page. When I ordered a coffee with Bitcoin at Fuckoffee in Fulham, it took three hours for the transaction to process and they just had to trust me not to stop it – ironic for an application to promises a trustless society.

A large majority of blockchain projects announced are not yet released, while the ones that have been kind of feel as user-unfriendly and experimental as many of the world wide web in 1995. That said, the World Economic Forum estimates that blockchain will form a $20 trillion dollar digital market by 2025 – with room for growth from its current valuation of $130 billion. And I am sure that blockchain based technologies will underpin much of the Internet in the next 10-15 years, but just like today’s Internet, or how your car engine works – for that matter, you wouldn’t need to understand how a blockchain enabled internet works, it will just chug away in the background. Despite that, now you’ve got some insight into what will be happening behind the curtain when this next kind of internet creeps into every aspect of our lives, dismantling centralised businesses as they exist today.

And perhaps when the youth of the Kalahari have children, they will ask them one day, “Dad is it true that Granddad had to wait five days for money to clear in his bank?”