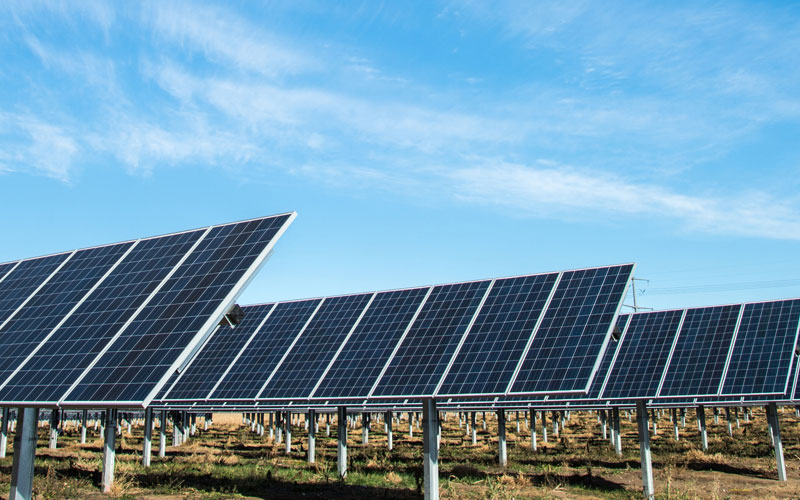 Africa New Energies (ANE) was invited by the Namibian government to assess the viability of building a 250 MW concentrated solar power (CSP) plant in the South West African country.

New generation capacity is urgently required as Namibia is heavily reliant on imports of up to 60% of domestic needs from regional neighbours, where supply is insecure. As Namibia has one of the world’s highest levels of solar irradiation, and one of the world’s lowest population densities, the government is eager to embrace solar and off-grid mini and micro-generation technologies in an effort to provide its 2.5 million people with access to electricity.

ANE assessed a range of generation options, including a 250 MW CSP plant, a 250 MW utility-scale photovoltaic (PV) plant, a national roll-out of solar water heaters, a national residential PV micro-generation scheme, along with various energy-saving interventions – such as solar cookers and improved insulation – that could be funded through carbon credits.

The objective was to find a funding mechanism that would deliver required investor returns without leading to increased energy inflation beyond what the government had already forecast. A key feature of the model was that it should be replicable across sub-Saharan Africa where an estimated two-thirds of the population has limited or no access to electricity from the grid.

NamPower, the state-owned generator, paid an average of 4 US¢ per kilowatt hour (kWh) for electricity imports in 2010 – and less for internal generation – thanks to historically advantageous deals with Eskom of South Africa and ZESA of Zimbabwe. NamPower charged regional electricity distributors (Reds) 7 US¢ per kWh for the electricity it supplies, who in turn charged residential customers 15 US¢ per kWh.

But electricity prices have since risen steeply – due to Eskom more than doubling the price of the electricity it generates. These price rises have been politically unpopular in Namibia, and have also left half of Windhoek’s residential customers in arrears with their electricity bills. Miners, who are big consumers of electricity, are also reluctant to pay more for their power or contribute to the feed-in-tariffs needed to help offset the cost of new generation capacity.

Upon analysis, it became evident that the construction of a 250 MW CSP or PV plant and transmission lines to provide universal access to electricity would cost several billion dollars – which would bankrupt the country as the government would have to pay back the loan in US$ with a compound interest rate of 10%.

Namibia cannot afford to introduce expensive (for the consumer) feed-in-tariffs that have helped finance the transition to solar power in Europe, as Namibians are already struggling to pay their bills – around 40% of Namibians live on less than $1.25 a day.

Consequently, the key to developing a national solar programme lies in bringing down the capital cost of building new generation capacity by – at least initially – using fossil fuels. This can be achieved either by building a significantly less expensive natural gas-fired power plant, and progressively migrating to solar power, or by building a hybrid gas-to-solar power plant, which could gradually be weaned of gas and replaced by solar at a cost of around $600 million.

Namibia already has a world class gas deposit, the giant Kudu gas field, 170 kilometres (110 miles) off-shore. There is also evidence that it has on-shore hydrocarbon deposits – both oil and gas. The discovery of 600 billion cubic feet of natural gas feedstock would be sufficient to operate a 250 MW hybrid gas-to-solar power plant for 40 years.

ANE calculates that such a plant would replace 80% of the country’s imports at 7 US¢ per kWh, and that the natural gas could be gradually phased out over a 20-year period.

After the international loans used to build the plant have been repaid, and international investors have exited the project at the end of year five, an estimated $6 billion in cash would be generated over the remaining 35-year life of the project.

This will be deployed to a revolving carbon fund, which would invest its profits from trading carbon credits into rolling out a national residential PV solar water heating programme, building mini and micro-generation schemes to ensure universal access in remote rural areas, and assorted interventions in support of energy-saving initiatives.

ANE plans to use the World Bank’s Multilateral Investment Guarantee Agency (MIGA)-backed loans to raise the funding required to build the proposed 250 MW gas-to-solar power plant and dramatically reduce the country’s reliance on imported electricity. ANE is already in the process of raising the $50 million needed to carry out a ten-well drilling programme to search for hydrocarbons on the 22,000 square kilometres concession – an area the size of Wales – it currently has title to in the east of the country along the border with Botswana.

ANE’s solution to the Namibian electricity crisis is to find and exploit on-shore stranded natural gas to generate electricity and replace it over time with solar power. After the capital expenditure costs have been recovered by international investors, ANE proposes to implement a three-pronged universal access programme based on the rollout of PV solar water heaters, the construction of off-grid micro-generation systems to provide universal access to electricity.

A national solar water heating programme is needed by all stakeholders. Water is heated by residential customers during the morning and evening demand peaks. This costs NamPower 10-20 times more to provide than baseload power, as high-cost peaking plant generation capacity has to be brought in to service it. PV solar water heating systems would reduce household demand by some 30%, and at a third the cost of current peak provision.

At present, only some 80,000 of Namibia’s 350,000 household have access to electricity. But the large-scale roll-out of off-grid and mini and micro-grids promises to eliminate these disparities, bringing electricity to all without having to build expensive grid transmission infrastructure.

These low-cost technologies would ensure that two-thirds of Namibians who do not presently have access to electricity will be given access to LED lighting, the ability to charge a phone, use a laptop or listen to the radio – and it can be financed from the sale of carbon credits.

Finally this strategy can be replicated across sub-Saharan Africa by converting most of the natural gas that is currently flared in countries like Nigeria and Angola into electricity for local consumption, and by locating and exploiting other stranded gas deposits elsewhere in Africa.